When Does Moving Away From The Cloud Make Sense? 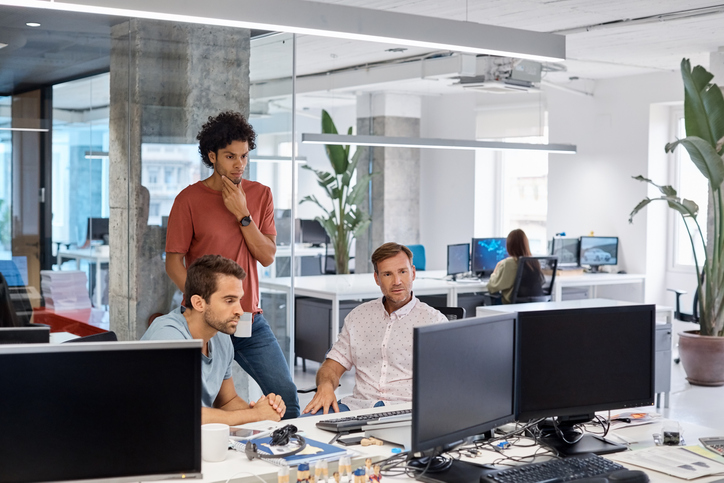 In 2018, Dropbox announced it was shifting away from cloud-based services in favor of managing some of its data storage and application hosting itself. The company noted that while Amazon Web Services (AWS) initially allowed Dropbox to delay the purchase and maintenance of its own infrastructure, there were limitations and obstacles that prompted the switch.

In its IPO filing, Dropbox noted that the company has no operational control or access to the AWS or other cloud facilities that host its content. If there were to be an issue with that data, Dropbox, which hosts information for its customers worldwide, would have little control of the situation.

Why is it that Dropbox and other companies are moving away from the cloud, which is touted as a service that alleviates the burden of monitoring, maintenance and upgrading what’s stored there? Are there times when it makes more sense to move away from the public cloud?

How Many Companies Are Moving Out of the Public Cloud?

In 2018, IDC reported that 81 percent of companies surveyed reported migrating applications or data that had been stored in the public cloud to a different environment, including a private cloud host, a hybrid cloud and local solution or a complete on-premises infrastructure. The companies that repatriated data and apps reported doing so the following solutions:

The survey also reported that 85 percent planned to migrate services in 2019.

Why? The most-cited reasons were:

What’s Behind the Cloud Repatriation Push?

Munish Manrao of Belmont, California-based ePC Solutions noted that there can be many factors that influence a decision to move to the cloud or move back.

“Every IT decision should be based on a combination of factors: security, cost, compliance, stability, productivity, and compatibility,” Manrao said. “In some instances, a company may move an application to the cloud and then decide to pull that application out of the cloud and return it to an on-premises data center. Although this can be disruptive, any one or more of the reasons listed above could be the determining factor.”

Jason Simons of Houston IT solutions company, ICS, agreed, noting that control, performance and regulatory mandates are often the key factors to move away from the public cloud. He cited specific issues that may prompt, or force, the decision for businesses:

Speed is a frequent reason for moving away from the public cloud.

“Businesses that rely on public cloud servers often run into trouble if local bandwidth is unreliable, or if internet access is lost resulting in downtime or data loss,” noted Andrew Schira with Oklahoma City IT service provider, Easton Technology.

Another is the cost.

Those insights echo the reasons cited in an IDC survey of multi-cloud infrastructure among European businesses. The top data-management priorities were:

Over the next 12-18 months, 49 percent of those businesses listed data protection, including backup and recovery, replication archiving and business continuity, as a key data challenge. Another 43 percent cited security and compliance.

What Applications Are Most Likely to Move Away from the Public Cloud?

Manrao noted that there are certain applications that are prime suspects for repatriation if they have one of the following characteristics:

“Applications that are candidates for repatriation to a business’s on-premise servers are mature, highly integrated, mission-critical applications where concerns about exponential growth are not an issue,” Schira said.

Regulatory concerns are a growing concern, too. Companies face complex and mounting data management requirements due to the passage of GDPR for European Union residents, growing U.S. state-specific privacy mandates, and the continuing presence of requirements for HIPAA, PCI and other legislative obligations.

What Are the Benefits to Rolling Back from the Public Cloud?

Companies that switch from the public cloud will see many benefits, including:

How Can I Prepare for a Switch?

Manrao recommends that whenever an application is moved to the cloud, there should be a roll-back procedure in place. Companies should keep their local infrastructure in place for a while in case the decision is made to roll back the application to internal hosting.

These procedures should ensure the company has complete access to the database and user accounts. The cloud host should be able to export all the data in a format that’s usable to the business. These procedures also should be tested often.

And if you decide to roll back data, Simons has some advice.

“The best way to do this with minimal downtime is with proper backups and pre-planning and testing,” Simons said. The key steps are:

Cloud solutions continue to be valuable for many companies, especially those with small or understaffed IT staffs. However, as with many new technologies, some businesses are finding that the public cloud is not the ideal solution for their unique needs.