Has Microsoft Won The War?

In the Professional Productivity Wars, Microsoft is the reigning victor, but that wasn’t always the case.

The 1980’s were a crazy time. MC Hammer wore baggy pants that became a major trend, Madonna wore the equivalent of metallic traffic cones as a top, and Michael Jackson walked forward and backward at the same time. VHS beat out Betamax as the better technology for watching films, Tandy desktop computers were literally huge and heavy and data storage involved “floppy” disks – that were actually floppy!

If you’re old enough to remember using a Tandy, you’re part of a rather exclusive club. Tandy released the TRS-80 in 1980, its first computer that supported colored graphics and ran on Microsoft Basic. And that floppy disk? We’re talking about the version that’s about 5” square and stored a whopping 1.44 MB of data.

That storage space might hold a file or two, so long as the files were simple and didn’t contain a lot of information or heavy formatting. No, floppy disks would not be ideal for transporting data in the modern era. Ironically, some government divisions still utilize floppy disks, if you can believe it!

In August 1981, International Business Machines (IBM) released the IBM Personal Computer and revolutionized the technology industry. It’s safe to say that happens at least once every year now, but in 1981 this was a life-changing event. Over 100,000 units were sold before Christmas that year, with consumers eager to get their hands on one. This is also the same year that Apple began developing the Apple Lisa, in case you’re keeping score.

As the personal computer models began to take over offices all over the globe, so did the professional programs developed for use with them. IBM launched Lotus 1-2-3 in 1983 on the heels of its desktop personal computer model and became the spreadsheet standard for the better part of two decades. Lotus 1-2-3 was promoted as a 3-in-1 offering, including a combination of charts and graphics, database functionality, and spreadsheet capabilities. In truth, it looked a lot like Microsoft Excel looks today. Interestingly, Microsoft Excel was also launched in the 1980’s, though later than Lotus 1-2-3, and it took a while for Microsoft Excel to become the spreadsheet software of choice. Given that Microsoft was tasked by IBM with developing the operating system of the initial personal computers under the IBM label, perhaps Microsoft was just catching up on the learning curve back then.

There’s no mistaking it today, Microsoft Excel is THE spreadsheet product used by professionals everywhere. Not only does Microsoft not apologize for dominating the industry for decades, but they don’t even support floppy disk drives anymore. The extensive features built into their Office suite products would likely generate file sizes that exceed the storage capabilities, but more importantly, it’s just outdated technology. Microsoft maintains its prime professional position by staying ahead of the proverbial curve and developing ceaselessly innovative technology. 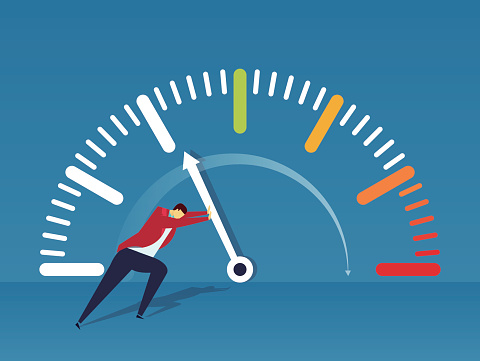 Why did Lotus 1-2-3 go the way of the dinosaurs? Compared to Microsoft Excel, its limitations weren’t excessive, but the primary issue was that Microsoft Windows hadn’t yet gained its stronghold as the dominant operating system. In the short window, Lotus 1-2-3 enjoyed the #1 spot in the hearts of office staff everywhere. By the early 1990’s, Microsoft Windows and Microsoft Excel displaced Lotus products, and its capabilities grew with each year. What is perhaps most notable about Microsoft Excel is that it was not designed to be used as a database. Microsoft Access was launched in 1992 in this capacity and was intended to be a database management software.

Microsoft Excel users today have access to a host of features built into the platform, and many of the most popular features have been maintained and have simply evolved. What’s even more interesting is that many features popular in Microsoft Access are available in some form in Microsoft Excel due to the similar natures of the programs.

A few particular features many organizations rely on include:

Microsoft recognizes that most of the time analysts spend with data in Microsoft Excel is in the cleaning process, through the manipulation and preparation of the data model for getting insights. Here are some incredibly helpful tools inside Microsoft Excel that can offer your business robust reporting options:

Instead of merely acting as a spreadsheet software program, Microsoft Excel gives users an immersive editing experience in which data can be cleaned for insightful use.

Another feature you’ll want to play with is Manage Data Model, and anyone with Microsoft Access experience will recognize some of the basics of this feature:

Play with this feature to really see what it can do and how it can help you. One way we found was by adding a slicer to the filter, to shift views within the pivot table by reviewing different information as it relates to the data at large. In doing this, you’ll also notice that a history of all steps has been recorded – a helpful feature if you can’t recall how you came to a certain point in the process.

These cool features are far and above anything Lotus 1-2-3 offered, and we don’t sense any remorse from Microsoft for burying its competitor’s product in the dust.

With the innovation of Microsoft Office 365 and the productivity applications that Microsoft has launched in the last few years, it’s safe to say who won the Professional Productivity War – but Lotus 1-2-3 likely claimed a few battles, early on!