Do I Need To Improve My Endpoint Protection?

A compromised endpoint gives hackers everything they need to get a foothold in your security network. Once there, they can steal data and potentially hold it for ransom. That’s why it’s so important for business owners to secure their critical endpoints (including desktops, servers, and laptops). Otherwise, you could be leaving the front door wide open to hackers. 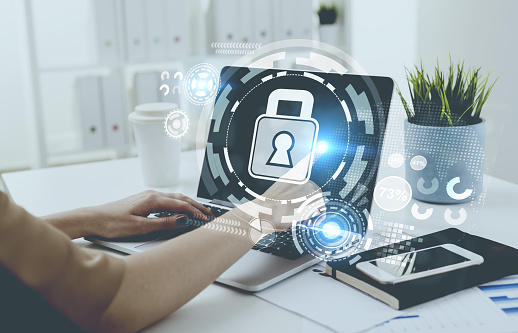 Today’s attackers have learned how to bypass traditional antivirus software by using file-less attacks. These types of attacks can hide within sanctioned applications or even within the operating system. Even if you’re vigilant about installing antivirus updates and patching, your organization may still be at risk.

Endpoints in networks are computer hardware items within the TCP/IP connections, which may include desktops, laptops, smartphones, tablet devices, printers, meters, terminals, smartphones and mobile devices, clients, and other forms of hardware.

Endpoint protection (EPP) has evolved to encompass code-based hacking, but the approach is often not adopted as organizations chose to use a legacy solution due to convenience or a lack of sufficient familiarity. Online sources including MSSP report this is common, but improvements in EPP will lead to more mainstream adoption. Meanwhile, current users may find that their existing network and operational variables demand some kind of improvement.

What Should I Know About Current Endpoint Security Risks?

One sign of a demand for improvement is continuing to use an antivirus program operating on a signature base. This form of technology is considered to be too slow to keep up with so-called ‘zero day attacks,’ or malware programs that are integrated with other coding. Users should expect potential vulnerability with such programming, and devices that are not updated daily are considered vulnerable to ongoing malware threats. Additionally, signature sets (lists of operational protocol) can become so large that they run into the limit issue, leading legacy vendors to drop them, which creates a demand for new solutions that do not use signatures.

Another potential reason you may need to address your EPP is the increase in ‘ransomware’ attacks. Ransomware, hacks designed to block user access until funds are provided to the hacker, has become increasingly destructive in the past few years. All it takes is one careless user who clicks on a link in an email, and your entire database could be locked until the ransom is paid.

Demands for improved management of antivirus software and continuing to use on-site antivirus management servers may also be grounds for improving EPP. You should be able to manage your entire antivirus system from your cloud, and if you cannot, you should consider updating and improving your system. Meanwhile, however, you should take care to ensure that any increased internet connectivity involved with a system improvement does not involve increased vulnerability. If you are able to manage your antivirus system from your cloud, but it does not seem to be sufficiently organized or efficient, you may benefit from substantial restructuring.

Other practical reasons for investment in End Point Protection integrations or improvements include a developed distrust of your current system. Directly targeting EPP can be more efficient and effective.

If you are still doing regular background scans, or your new machines seem slower than you think they should be, you may want to consider improving your EPP. The newer generations of antiviral protection do not require background scanning. Traditional processes for security may be insufficient in addressing the range of possible endpoint attacks.

What is Current In Research And Development?

Many software and strategy developments have taken place to address relevant needs. Amid a range of scholarly and professional research efforts, several patents have been developed in an attempt to optimize a range of relevant security functions and features.

A patent for automated configuration has been developed to optimize efficiency, using a client security application for an EPP system capable of selecting configuration based on the state of the network. The application can then be used to run security processes managed through the configuration.

Another patent has been developed for scalable cloud-based EPP, which allows users to maintain security policies based on endpoint combinations. Configuration and command information is entered and transmitted with an API server. The endpoint then maintains communication with it in ongoing security processes.

Another recent patent has been designed for relevant structures, processes, and operational systems for End Point Protection. Examples of content in this patent include an execution system based on inputs passed to execution only following a separate validation process, and a security structure based on multiple processors and communication channels.

Such developments are expected to become increasingly available and integrated in improved software and technologies over time.