Did You Miss All The Great News From Apple?

Apple’s latest release party included a new iPhone 8, 8 Plus and X.  Get the details on new features such as augmented reality, wireless charging, and facial recognition. 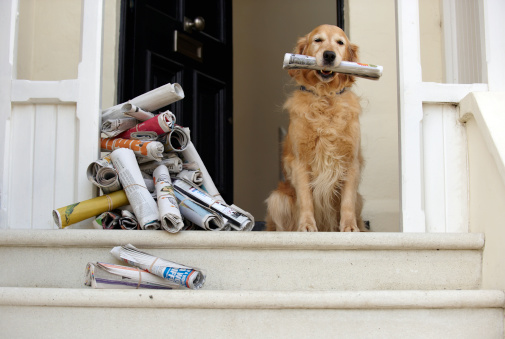 Ready for your closeup? Apple is betting that millions of Americans are willing to shell out a whopping $999.00 for the iPhone X, which comes standard with image unlock so you’ll never have to enter a passcode again. This is only one of the several announcements at the recent Apple unveiling that included the upcoming iOS 11, a 4K Apple TV, an LTE Watch and the iPhone 8 and 8 Plus.

While there were some “Wow!” moments onstage, the biggest moments may be the wireless charging of the iPhone 8 and X models, and the insider view of the futuristic-looking new Apple Campus that includes the Steve Jobs Theater.

Apple has a long history announcing new products, redesigns, and upgrades in September. Apple’s marketing teams create a buzz that leads up to the “big reveal” in a way that encourages speculation and free media attention that most organizations would love to have. From the initial announcement of the iPhone in 2007 to the iPhone X announcement in 2017, these annual announcements are now live-streamed and widely anticipated by Apple fanboys and girls around the globe.

You might think that the iPhone X would seriously overshadow any other new release, but the iPhone 8 and 8 Plus are solid offerings in their own right. The incremental improvements made to the iPhone 7 included an improved Retina Display that provided a wider range of viewing angles, and True Tone technology that automatically balances the white portions of an image based on your surroundings. These subtle changes aren’t the real news–The screaming fast processor speed is what stopped the (virtual) presses.

The new generation of iPhones is expected to take handheld gaming to a new level with 3D elements rendering in real time. One other interesting tidbit is something that Apple fans have been waiting for: wireless charging. The Qi standard for charging pads was adopted by Apple, which was a good move considering the number of Qi charging units already deployed around the world.

Apple Watch aficionados have long been frustrated with the need to maintain a link between their Watch and iPhone. However, all this goes away with the reveal of Apple’s new Watch with cellular capability. The new device will have built-in LTE functionality that’s compatible with all major carriers: AT&T, Sprint, Verizon and T-Mobile in the U.S.—And will carry an affordable add-on cost to your current connectivity plan.

Upgrades include the ability to hear Siri directly through the speakers, a water-resistant mechanism for swim tracking, and an onboard GPS. A barometric altimeter allows for step tracking, something that exercise enthusiasts found lacking in previous versions of the Watch. Fortunately, these upgrades have been built into a form factor that’s not significantly larger than the current version. Updates to the WatchOS are anticipated with version 4 in the coming months that will bring additional functionality tweaks and some new watch faces.

Apple TV continues to gain mainstream adoption as consumers make the switch from traditional cable television to on-demand options. The new 4K Apple TV provides a speedier interface that allows for streaming of high-density content. However, it’s important to note that users will only be able to see 4K if their viewing device is outfitted for that type of display.

This update helps Apple get ready for a new era of original content creation, and delivery meant to directly compete with Netflix and other online viewing services. The Apple team’s $1 billion pledge towards producing and procuring original content in 2018, means it will be an exciting year for viewers.

One of the most exciting new announcements was the augmented reality functionality that’s coming with the iPhone 8, 8 Plus and X. A range of demos provided engaging viewing at the event, with everything from sports to gaming – and with high-quality virtual graphics overlaid on images of the real world.

The new ARKit aims to encourage developers to take full advantage of the new augmented-reality features—And game houses and others are jumping on board to open portals into virtual worlds. The revolutionary part of this announcement is that it will take augmented reality out of the world of the few (think Google Glass), and into the hands of anyone with a recent version of the iPhone.

Want to learn more about how you can leverage new technology at your business? Contact Remote Technology Services by calling (800) 478--8105 or via email at support@remotetechservices.net. Our friendly advisors will work with you on BYOD strategies, security and IT-optimization techniques.